Elephant's Child tells about Sunday Selections and its story:


Sunday Selections was originally brought to us by Kim, of Frogpondsrock, as an ongoing meme where participants could post previously unused photos languishing in their files.

The meme was then continued by River at Drifting through life.  Sadly she has now stepped aside, and Elephant's Child has accepted the mantle.

The rules are so simple as to be almost non-existent.  Post some photos under the title Sunday Selections and link back to Elephant's Child.

This Thursday we went to the Zoo. Surprisingly many had had the same idea, social distancing was difficult, some things were closed, but the animals were fantastic!
We watched the elephants for a long time. The old ones were walking slowly and gracefully around their enclosure, one of them was playing with a ball that drops a treat if handled right. In the end a treat dropped, and the elephant got it before the observant crow. Meanwhile two small elephants played in the water, splashing, swimming and trying to keep one another down - of course they breathed through their trunks, so no matter how long their bodies were under water, they were in no danger. One of them was very hairy and turned almost black when wet, so that its tiny tusks stood out in contrast to its black body.
I don't know why I forgot to take photos of them. But many of the rest of the animals were dutifully photographed. 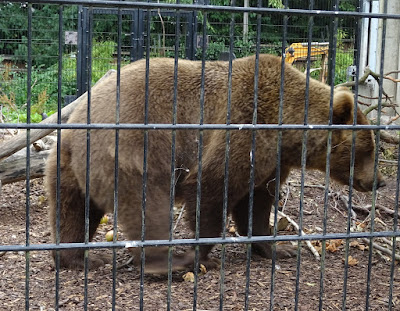 A live teddybear - he was smiling. 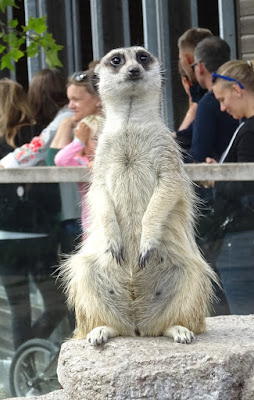 Rikki-tikki-tavi or one of his descendants. 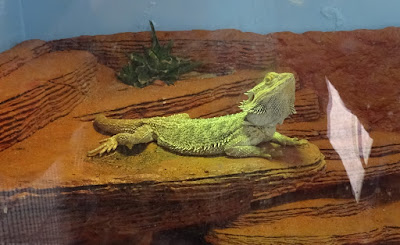 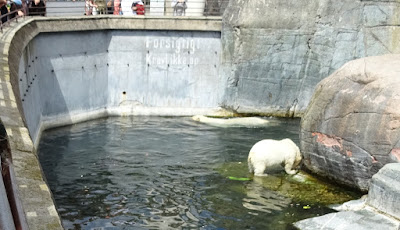 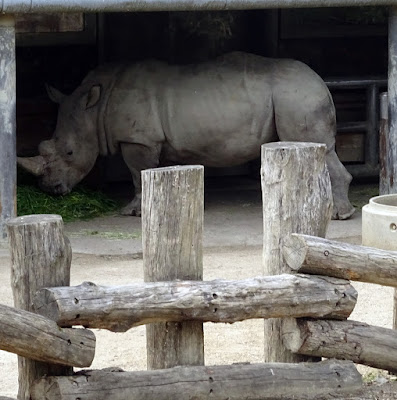 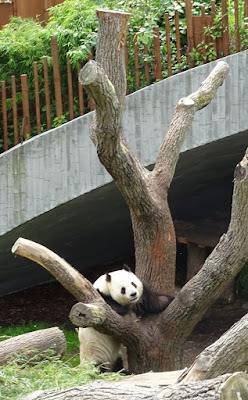 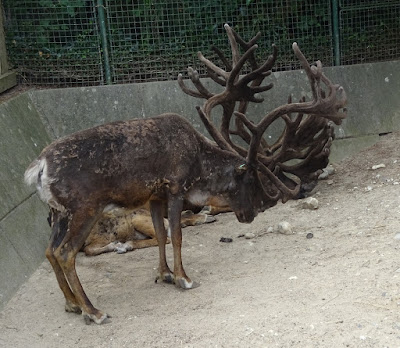 Reindeer with the biggest sets of antlers! 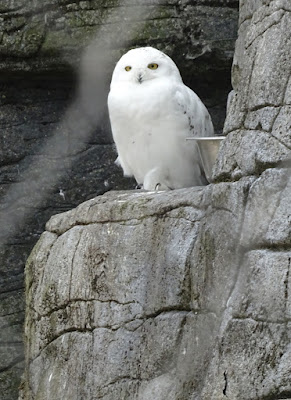 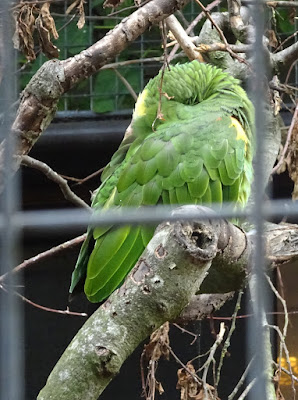 Sleepy parrots, being watched is just so hard. 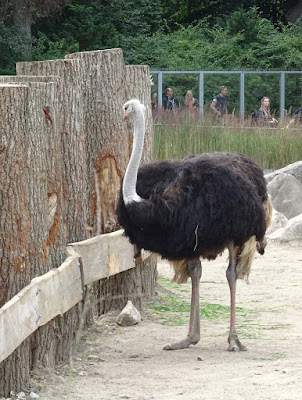 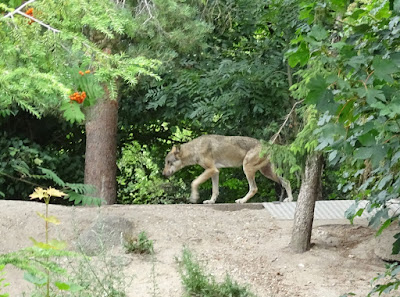 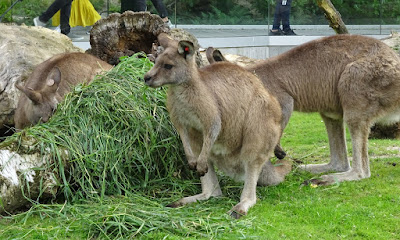 And yes, we have kangaroos in Denmark too 🌝 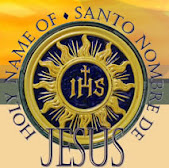 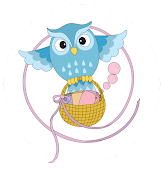 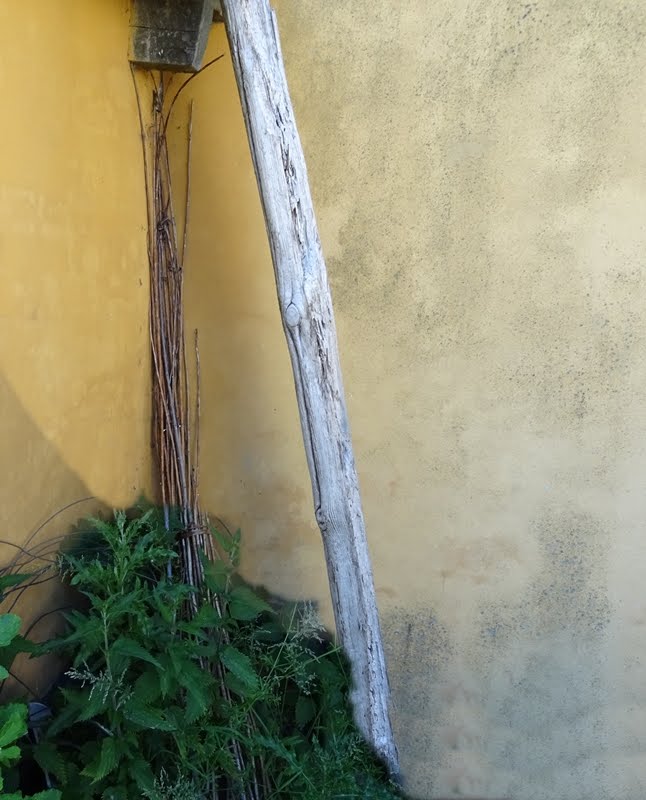